PR/Marketing Strategy - working closely with you to understand your needs

Website Design and Development (in association with carefully chosen designers)

Julian's wife, Catherine Clark Demetriadi, MCIOF, joined his business as co-director in 2015. She is the principal of PhilanthropyPoint, a branch of CommunicationsPoint. It is a consulting service for charities and non-profits. For over three decades, Catherine has worked with non-profits, whether by helping them to establish development programmes or steering them through successful annual, major giving, capital, endowment, and legacy campaigns.

Julian Demetriadi started his career in the hotel industry (a hospitality management graduate of Dorset Institute of Higher Education, now Bournemouth University) and became the specialist writer/journalist on the then-weekly rival to Caterer and Hotelkeeper, The Catering Times. He went on to edit Hospitality magazine and manage the public relations for the industry’s professional body, Hotel & Catering International Management Association. In 2006/7 he managed PR for the Association’s successful change of name to the Institute of Hospitality.

Julian has owned and run his own PR consultancy for over 30 years. His clients have ranged from the Grand Hotel, Le Touquet, and Compass Services, to The Mission to End Leprosy, the annual Farley Music Festival for classical music, and Professional Assessment Ltd.

In the ‘noughties’, Julian was responsible for the PR for the highly successful Government backed Institute of Hospitality’s ‘Hospitable Climates’ sustainability awareness campaign aimed at the UK hospitality industry. He went on to be the media consultant to the Considerate Hoteliers Association.

In 2011, CommunicationsPoint was a key player in the acclaimed new image for the British Association of Hospitality Accountants (BAHA), which became HOSPA:  the Hospitality Association for Finance, Revenue Management, IT and Marketing Professionals. In the same year, the consultancy played a major role in promoting the re-opening of Blanch House – Brighton’s original boutique hotel.

In 2013, Julian founded the first-ever Salisbury Fringe for new bite-sized plays and monologues in pubs and cafes. The plays were by new local writers and performed by professional actors. He also became Chairman of the Salisbury Fringe Festival.  The first three annual events in October 2013, 2014 and 2015 were such a success with the public that the annual festival has now become an established event on the city’s entertainment calendar. His love of theatre goes back to his school days and his time studying history at London University, where he was Director of the Birkbeck Players.

In 2016, Julian moved the business to Galloway & Dumfries from where he represents clients in all parts of the UK, working remotely. In autumn 2020, Julian took on the role of advisor to the reinvigorated Institute of Hospitality Scotland branch. Three months later, he was appointed an IoH Scotland Branch Committee Member. In August 2021, Julian took on the editorship of the first ever Institute of Scotland Branch monthly newsletter.

Julian lectures and advises on the Post-War Decline of English and Welsh Seaside Resorts with implications for the future (subject of his 1995 History PhD, Lancaster University).

Present and past clients include: 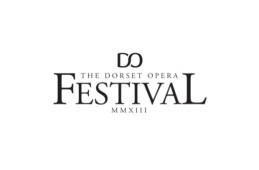