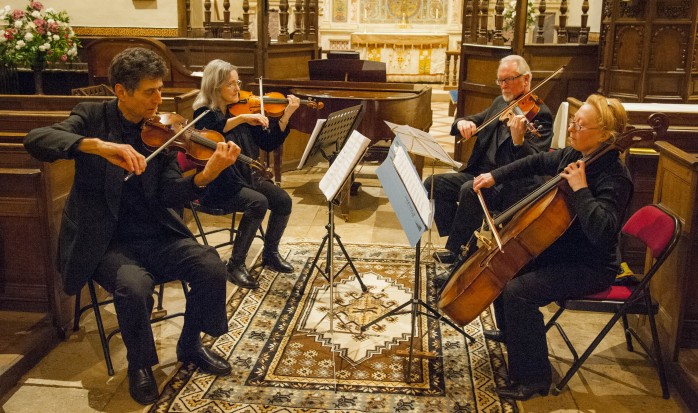 A concert of the Mendelssohn Octet and a Mozart quintet will take place at 7pm on Sunday, 17 April at All Saints Church in Farley, Wiltshire SP5 1AH.

The Mozart quintet presents audiences with an aural feast. According to musicologist and editor Michael Lorenz, it is “one of the greatest pieces of chamber music ever written. Its slow movement in E flat major has been described as ‘prayer’ by Alfred Einstein”. According to Tchaikovsky, “No one else has ever known as well how to interpret so exquisitely in music the sense of resigned and inconsolable sorrow.”

Wiltshire Quartet’s Catherine Demetriadi added: “Written in 1825 when Mendelssohn was just 16, the Octet is a masterpiece – a joy to hear and, although challenging for the performers, equally a joy to play.”

She pointed out that, according to Peter Guttman’s Classical Notes 2013, “(M)any commentators have asserted that no other composer – not even Mozart – has ever written a major piece of such astounding quality at such a tender age”.

Tickets for the concert are available for just £10 each from the Salisbury Playhouse Box Office (Telephone: 01722 320333), or at the door on the night.