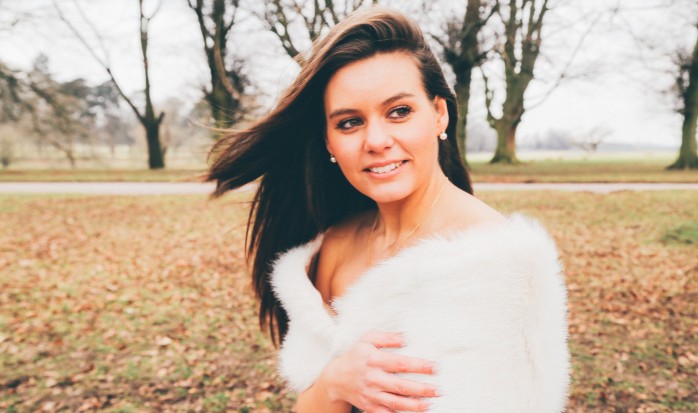 Two former Salisbury school pupils, now rising stars in the world of classical music, will help bring the 2018 Farley Music Festival concerts (19 to 23 June) to a rousing finale as part of ‘Sapori Vocali’, presenting ‘A Night at the Opera’

Two rising stars in the world of classical music, both former Salisbury school pupils, will be helping to bring the 2018 Farley Music Festival concerts (19 to 23 June) to a rousing finale on Saturday, 23 June at 7pm, as part of Sapori Vocali, presenting ‘A Night at the Opera’.

They will be presenting with fellow Sapori Vocali (Vocal Flavours) members – mezzo-soprano Harriet Mulchrone, tenor Florian Panzieri, and pianist Jingle Gawley – a delightful taste of opera favourites. These will range from enchanting arias to charming ensembles by well-loved composers, from Handel to Humperdinck and Rameau to Rossini. Sapori Vocali’s performance at Farley is supported by the Salisbury Branch of NFU Mutual.

The performance, like all the concerts during the 2018 Farley Music Festival, will be set in the intimate and informal setting of the Wren-style All Saints’ Church Farley. The iconic concert venue is set in the picturesque Wiltshire village of Farley, seven miles east of Salisbury.

Sapori Vocali was founded by Alexandra Frazer, who graduated from the Royal Northern College of Music in 2016. Alexandra’s performing arts company organises small local concerts and shows in village halls around Britain. The company’s aim is to showcase emerging classical artists through providing platforms on which musicians can perform and demonstrate their training and talent.

Guy Pelly, currently in the second year of his undergraduate degree at the Royal Academy of Music, is a good example of such emerging talent. He sings regularly as a soloist. Recent performances include the solos in Mozart’s Vespers and Haydn’s Mass in Time of War with the Esterhazy Singers. Recent opera performances include Peter, the father in Humperdink’s Hansel und Gretel, and Zsupan in Johann Strauss II’s The Gypsy Baron, both with King’s Opera in London.

Following on from the record breaking success of the 2017 event, the 17th Annual Farley Music Festival promises to be yet another unmissable feast of classical music, performed by some of the world’s most gifted musicians.

Once again, the festival – which officially ends with the Festival Evensong on Sunday, 24 June – comprises five concerts, played by some of the finest young international performers. In addition to the concert by Sapori Vocali, the exciting 2018 programme comprises:

Wednesday, 20 June at 7pm:  a concert by a rising young pianist and Royal Academy of Music scholarship student Ariel Lanyi. His concert programme at Farley will contrast Mozart’s tragic Adagio in B Minor with the sunniest of Schubert’s sonatas: The Sonata in D Major, D 850. Also, he will perform Schumann’s Sonata No.1, in F Sharp Minor, op.11.

Friday, 22 June at 7pm: following her triumph in delighting and thrilling Farley Music Festival audiences two years ago, the distinguished French pianist Isabelle Oehmichen is making a welcome return. A pupil of the legendary Georges Cziffra, Isabelle is now one of the world’s foremost Liszt specialists. She will perform Liszt’s Cantique d’amour, as well as three of his realisations of songs by Schumann, Schubert and Wagner. Also featuring in her recital will be Mozart’s Fantasia in D Minor, K 397/385g, and Sonata in C Major, K 330; Chopin’s Nocturne in C Sharp Minor, op.27, No.1; and Debussy’s Reflets d’eau and the sparkling L’isle joyeuse.

Sunday, 24 June at 6pm: Farley Music Festival 2018 ends with the traditional Festival Evensong sung. This year, the theme is the Psalms of David, preceded by a Festival innovation: 2pm-5pm: 2018 Farley Music Festival and ‘Multitude of Voyces’ (MOV) partnership project – a workshop for church-music singers from the Salisbury area. It is directed by Colin Howard, accompanied by lutenists attending a Lute Society workshop led by internationally acclaimed Jacob Heringman.  The workshop will explore the Devotional Psalms of Richard Allison (published in 1599), making use of new academic research by Professor Elizabeth Kenny, Head of Early Music and Professor of Music Performance at Southampton University and a former Professor of Lute at the Royal Academy of Music; and by Myles Payne from the Royal Birmingham Conservatoire.

A professional quartet of local singers, expert in early music, will support the ‘workshoppers’. Singers need to be experienced in reading modern notation. A knowledge of church music is helpful, and under 18s are very welcome to participate, accompanied by a responsible adult. For further information and signing up to the workshop, visit www.multitudeofvoyces.co.uk/choral-evensong-with-lutes. Details about the event also can be obtained from louisestewart@multitudeofvoyces.co.uk. Lutenists wishing to participate should contact Jacob Heringman via the Lute Society.

There is no attendance fee but donations are invited to Multitude of Voyces to contribute to their work with vulnerable and marginalised children and adults, including a project with children and young adults from Exeter House Special School, Salisbury.

At the Festival Evensong: the professional quartet of local singers, accompanied by Jacob Heringman, will perform an anthem.

Tickets for each Farley Music Festival concert cost £15 per person, including a free glass of wine at the interval. Tickets can be purchased at the Salisbury Playhouse, telephone 01722 320333. (www.salisburyplayhouse.com); or on the door, subject to availability. Proceeds from ticket sales go to the upkeep of All Saints’ Church Farley. The Farley Music Festival 2018 finale Evensong is free of charge. For full programme information, visit www.farleymusic.co.uk