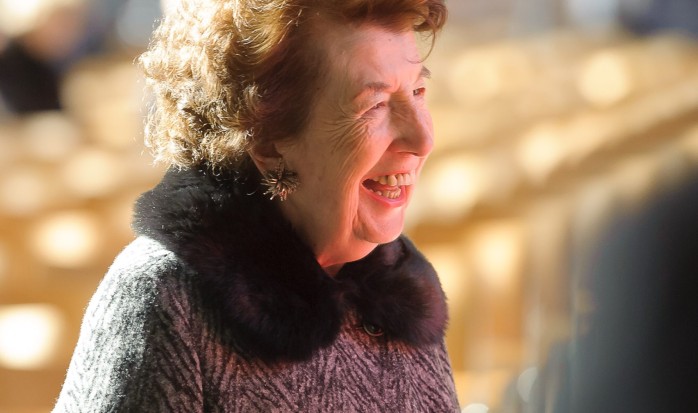 One of UK Hospitality Industry’s most respected leaders has died

The death has been announced of Elizabeth Gadsby MBE, Director of the Hotel and Catering International Management Association (HCIMA) from 1976 to 1991. Aged 94, Elizabeth died peacefully at her home in Kew.

In a 1970s male-dominated profession, Elizabeth became one of the UK hospitality industry’s most influential and respected leaders.

At the helm of the HCIMA, now known as the Institute of Hospitality, she boosted the Association’s influence at UK Government level and overseas. She introduced regular lobbying dinners with MPs in the House of Lords, and initiated significant growth in international recognition of the HCIMA with the creation of Overseas Chapters in countries ranging from Malta, to Nigeria and Hong Kong. Under her leadership, the HCIMA’s membership increased from 23,000 to well over 30,000.

She was also responsible for a major development of the HCIMA’s library and information services. She introduced expert industry-specific committees such as the highly successful Technical Advisory Group, which published free information fact sheets for members on key issues of the day, ranging from food safety to the environment. Such initiatives underpinned Elizabeth’s determination to extend the HCIMA’s education remit, ensuring that the Association’s membership services were relevant to members at every stage of their careers. The growth in the provision of lifetime learning through CPD (Continuing Professional Development) is one of her many lasting legacies.

Elizabeth’s funeral will be held at 2.40pm on Friday, 26 August at Mortlake Crematorium, Kew Meadows Path, Townmead Road, London TW9 4EN. After the service, there will be refreshments at the nearby Coach and Horses Pub, 8 Kew Green, Richmond, TW9 3BH.