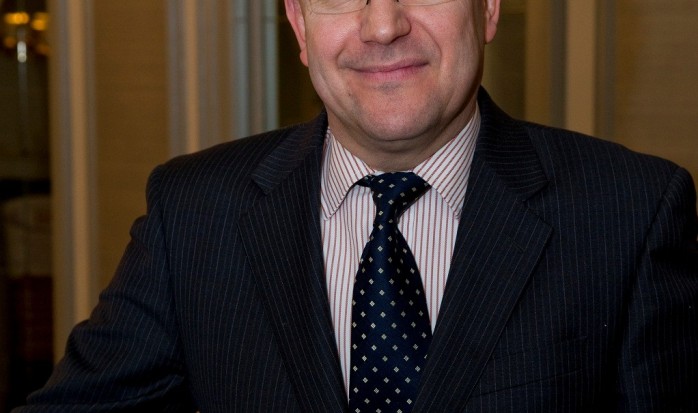 Carl Weldon was appointed Chief Executive of HOSPA’s forerunner BAHA (British Association of Hospitality Accountants) in 2005, and was responsible for the development and growth of the Association – resulting in the transformation of BAHA into HOSPA, with a broader remit to meet the current needs of hospitality professionals. This was not only for those in finance, but also the major growth areas of Revenue Management and IT. Allied to the 2011 rebranding, the BAHA Annual Conference and Exhibition became HOSPACE; and last year’s HOSPACE 2015 attracted a record 460 delegates.

During Carl’s tenure, the Association has been reorganised and re-energised. For example in 2012, HOSPA invested in Social Media – starting with 178 followers on Twitter, which now has risen to 15,431 followers. Today, HOSPA’s LinkedIn Group has 5,417 members. In addition to BAHA/HOSPA Professional Development’s long established Financial Management Education and Training Programme (ETP), 2011 saw the introduction of the HOSPA Revenue Management ETP. In 2015, a record number of learners enrolled on HOSPA’s Education and Training Programmes. (See ‘Notes to Editors’ for full details of his achievements).

Commenting on Carl’s departure, HOSPA Chairman Chris Upton said: “Carl will be greatly missed – we owe him a great debt for his drive and determination to transform BAHA into HOSPA and make this Association relevant to today’s needs, and one to be proud to belong to. Under his tenure, HOSPA has become a major voice in the industry, its membership has grown significantly, global recognition has been gained; and HOSPACE has become one of the biggest and most successful annual events on the hospitality calendar.”

Carl said: “I will remember my time with BAHA – where I was a member before I was Chief Executive – and then the transformation into HOSPA with fond memories. I would like to thank all of those Members and sponsors who have seen us through and into HOSPA – and also those who make HOSPACE the great event it has come to be. As with many of these things, it’s the people – who have helped and contributed along the way – that make for an enduring success. I will not be going too far away as I will be responsible for maintaining the relationship with HOSPA for HFTP.”

Pictured: HOSPA Chief Executive Carl Weldon, who will be joining HFTP in March as its Chief      Operations Officer (COO) – Europe.

Carl has been in Hospitality Finance and Technology, and Operations for over 30 years. Starting with Forte Hotels in 1978, he worked for Holiday Inns International for twelve years ultimately ending up in an EMEA corporate position. He also held positions with Periquito Hotels, Virgin Hotels, Regal Hotel Group, and Noble House Group.

Carl Weldon, has steered first BHA and then HOSPA through the most momentous period in the Association’s 47-year history. Here are some of the landmark highlights: