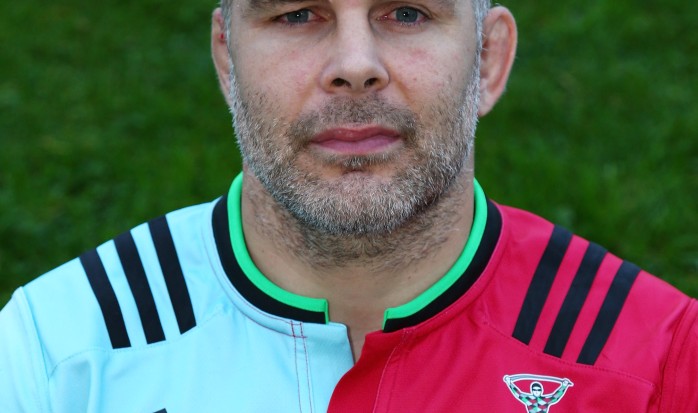 Former England number eight and Harlequins rugby union captain Nick Easter is to be the guest speaker at the HOSPACE2017 Gala Awards Dinner on 2 November at the Royal Lancaster London, W2 2TY.

In addition to being guest speaker, Easter will assist in presenting the prestigious annual HOSPA ‘Inspirational Leaders in Hospitality Awards 2017’ for Finance, Revenue Management and IT.  The Gala Awards Dinner marks the climax of the one-day HOSPACE2017 international Conference & Exhibition, hosted by HOSPA – the UK’s leading organization for hospitality professionals involved in Financial Management, Revenue Management, Marketing and IT.

He won the first of his 54 England caps against Italy in the 2007 Six Nations. On his fifth appearance, he made history – becoming the first number eight to score four tries for England. This happened while beating Wales 62-5.

Following a four-year absence, Easter returned to international duty for the 2015 Six Nations. During that competition, in the match against Italy, he became the oldest England try scorer. His final appearance for his country was in the 2015 World Cup, when he scored a hat-trick in a 60-3 thrashing of Uruguay.

The highlight of his Harlequins playing career, starting in 2004 when he joined the club from Orrell, was winning the 2012 Premiership title. In April 2016, Easter took on a player-coach role at the club, but quickly recognised he couldn’t give 100 per cent to both roles at the same time. This led him three months later to announce his retirement from playing to concentrate on his present role as Quins defence coach.

“We are delighted to welcome Nick as our HOSPACE2017 Gala Awards Dinner guest speaker,” said HOSPA Chief Executive Jane Pendlebury. “I, like many, am a great Rugby Union fan. I know delegates will look forward, as much as I do, to hearing about Nick’s remarkable career, ranging from his leadership on the pitch and his amazing try scoring achievements, to his undoubted coaching skills.”