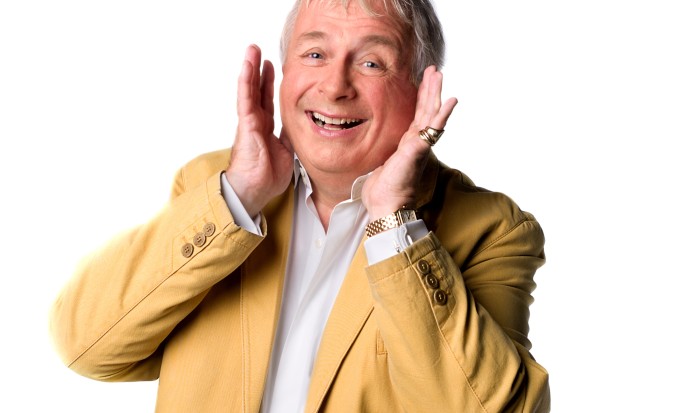 The Salisbury Fringe Committee is delighted to announce that one of the country’s best loved celebrities has agreed to be the very first Patron of the Salisbury Fringe Festival of New Writing (bite-size plays in pubs and cafés – the multi-talented actor, TV panellist and humourist Christopher Biggins, or just ‘Biggins’ as he is affectionately known.

With his love of theatre, close family ties with Salisbury and his training as an actor at Salisbury Repertory Theatre, Christopher Biggins is an ideal choice to become the first ever Patron of the Salisbury Fringe Festival – due to be held this year on 2,3 and 4 October 2015.

Commenting on the news, Salisbury Fringe Festival Chairman Julian Demetriadi, said: “We are thrilled and honoured that Christopher Biggins has agreed to be our first ever Patron. His talent and generosity as an actor; his knowledge and love of theatre; and his infectious enthusiasm, warmth and inimitable sense of humour, make him perfect for the role.”

Christopher Biggins’ is perhaps best known for his many and varied TV appearances, which have ranged from the brilliant Emperor Nero in the award winning BBC series ‘I Claudius’; and the unforgettable ‘Lukewarm’ in Porridge in the 1970s, to being co-host to Cilla Black on ITV’s ’Surprise, Surprise’; crowned King of the Jungle in the 2007 series of ‘I’m a Celebrity, Get Me Out of Here!’; and a panellist on Channel 5’s ‘The Wright Stuff’.

He also enjoys a distinguished stage career with many highlights – including a year with the Royal Shakespeare Company – appearing with Dame Judi Dench and Donald Sinden in ‘London Assurance’; playing the Narrator in a national tour of The Rocky Horror Show; and playing and singing the role of Herod in Jesus Christ Superstar at London’s Barbican Theatre. Pantomime is an area where Christopher is particularly associated – with memorable roles such as Buttons in ‘Cinderella’, Widow Twankey in ‘Aladdin’, Idle Jack and the Dame in ‘Dick Whittington’; and Nurse Tickle in ‘Babes in the Wood’. 2015 marks Biggins’ 40th year in panto as he appears in Aladdin at the Theatre Royal in Nottingham.

His film career has included ‘Applause’ with Lauren Bacall, ‘The Rocky Horror Picture Show’, and the role of Stephano in Derek Jarman’s film version of Shakespeare’s ‘The Tempest’.

Christopher Biggins takes on the role of Patron in time for the free-of-charge 2015 Salisbury Fringe Festival Preview evening of new short plays – written by local writers and performed by professional actors at The Cloisters pub and restaurant, Catherine Street, on Saturday 9 May. There will be two performances, starting at 6pm and 8pm, of the six selected ‘Short Cuts’ new short plays that will make you gasp, laugh and cry! The programme comprises: ‘Killjoy’ by Lesley Bates; ‘Fireworks’ by Lucy Bell; ‘Meat’ by Joe Ledbury; ‘The Slipper Salesman’ by Linda Morse; ‘You Can Hide the Earth with Your Hand’ by Jon Nash; and ‘Mortal Coils’ by Pete Talman.