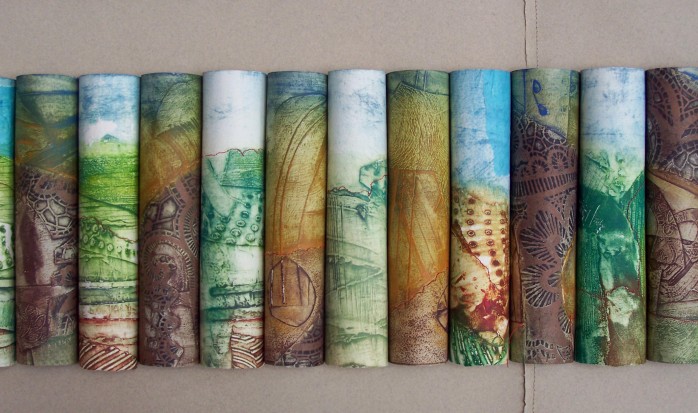 A major opportunity for budding playwrights, from Salisbury and its surrounding regions, to write one-page monologues – inspired by the works of local artists – will take place at Salisbury Arts Centre Café on Wednesday, 5 August at 7pm.

Under the theme of ‘Pathways, Tracks and Routes’ in a Salisbury Fringe Festival 2015 and Salisbury Art Trail 2015 joint event, writers will get the opportunity to be inspired by the work of local Wiltshire women artists group, the Elementals, to produce a one-page monologue that will be performed in the Salisbury Fringe Festival on Sunday, 4 October. Writers will have three weeks to write their pieces – with the closing date for entries: Wednesday, 26 August (http://salisburyfringe.co.uk/salisbury-fringe-writers-workshop-august-5th/ .

The best monologues, selected by an expert panel, will be performed by professional actors at 2pm on Sunday, 4 October, at Fisherton Mill in the city’s Fisherton Street – as part of the Salisbury Fringe Festival 2015, involving bite-sized plays in pubs, galleries and cafés to be held on 2, 3, and 4 October.

“This is a wonderful opportunity for anyone wanting to have a go at writing a monologue and possibly seeing it performed at the Salisbury Fringe in October,” said Salisbury Fringe Chairman Julian Demetriadi. “We are greatly indebted to the Salisbury Art Trail and the Elementals for their support; and it is very fitting that the performance of the best monologues on 4 October will coincide with the excellent Salisbury Art Trail 2015, taking place from 3 to 11 October.”

There will be another major Salisbury Fringe monologue writing opportunity on Saturday, 8 August (10am to 5pm) at The Salisbury Museum in The Close – full details to be revealed shortly.