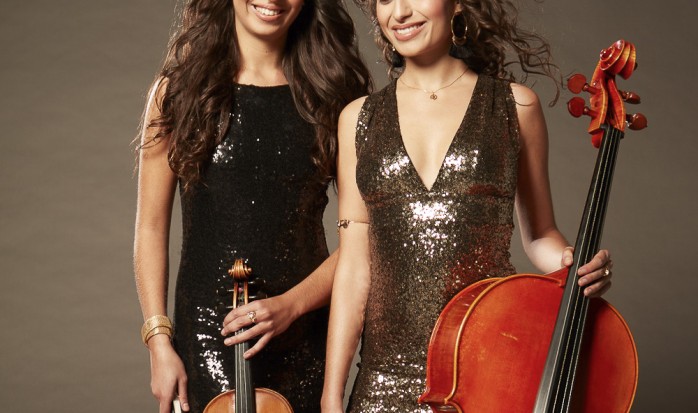 CommunicationsPoint honoured and excited to be engaged as PR consultants to the record-breaking Farley Music Festival for the third year in succession!

A world-class line-up of classical music performers is set to break all previous attendance records at the eagerly awaited 18th annual Farley Music Festival, due to take place from 18 to 23 June 2019 at the iconic Wren-style All Saints’ Church in the picturesque Wiltshire village of Farley, seven miles east of Salisbury.

The annual festival has grown a loyal following by showcasing talented international young musicians, performing classical music of the highest quality in a charming and intimate setting. Following on from last year’s record attendance-breaking event, the 2019 Farley Music Festival will include the return, by popular demand, of four outstanding musicians who wowed past Farley audiences.

They are the current winner of the coveted Liszt Competition in Budapest, Syrian pianist Riyad Nicolas; the international award winning Serbian pianist Viktor Bijelović; and Scotland’s globally acclaimed multi-instrumentalist Ayoub Sisters (Sarah and Laura), born of Egyptian parents, who since their last Farley appearance in 2016, have performed at such prestigious venues as the Cairo Opera House, the Royal Albert Hall, the Royal Festival Hall, and the London Palladium. In addition, in 2017, they made their live television debut at the BAFTAs where they performed their own arrangement of George Michael’s ‘Mother’s Pride’.

Tuesday, 18 June at 7pm:  a performance by one of the most exciting young artists to emerge from the Middle East, Syrian pianist Riyad Nicolas, who last performed to great acclaim at the Farley Music Festival in 2011 when he was only 22. At this year’s Festival, audiences will be able to appreciate for themselves why he recently triumphed at the coveted Liszt competition in Budapest. Riyad’s enthralling programme will include: the Liszt Paganini Étude No. 6 in A minor; Beethoven’s Sonata in E flat major, Op. 27 No. 1; Schumann’s Fantasiestücke Op.12; also, a selection of works from Russian composers Tchaikovsky (two pieces from Morceaux Op.72); Scriabin (Sonata No. 5, Op.53); and Rachmaninoff (Étude-tableau Op.39, No. 1 in C minor).

A graduate of the Royal Academy of Music, Riyad has won numerous international piano accolades, including First Prize with a recording contract at the Françaix International Piano Competition in Paris. He has established himself as a leading figure of his generation on the international performing circuit and has been complimented by such luminaries of the classical music world as John Lill, Vladimir Ashkenazy, and Daniel Barenboim. The latter said ofhim: “Riyad is very talented and he has a very high level of musical sensitivity. He reached an impressive level of musicianship which speaks a dedication to music that bodes well for his career.”

Wednesday, 19 June at 7pm:  Supported by the James Hay Partnership, a recital by highly promising Italian classical pianist Francesca Orlando, who is in herfirst yearof postgraduate studies at the Royal Academy of Music. She will be bringing her passionate style to her Farley concert programme that will include: Schubert’sDrei Klavierstücke and Beethoven’s Sonata in A flat major, Op.110.

Born in Florence in 1995, the then one-year-old Francesca moved with her family to England. Six years later, she started playing the piano, giving her debut recital in Florence at just 14 years-of-age. Her obvious talent led her in 2014 to begin her undergraduate studies at the Royal Academy of Music, under the tutelage of Joanna MacGregor. Francesca has enjoyed performing extensively across England and Europe, while also gaining considerable international success and recognition participating in piano competitions around the world.

Thursday, 20 June at 7pm:  winner of several prestigious international competitions and known for his exceptional charm and technical brilliance, the Serbian pianist Viktor Bijelović will be delighting the Farley Music Festival audience, as he did much earlier in his career, with a captivating concert programme. Sponsored by Trethowans, Viktor’s 2019 Farley Music Festival recital will include Chopin’s magnificent Ballades, and Liszt’s stunning Hungarian RhapsodyNo. 6. In addition, he will be performing Claude Debussy’s Two Arabesques, and two pieces by Spanish composer Enrique Granados.

Currently studying at the Royal Academy of Music, Alexandra Balog has won the Frederick Jackson and the Margaret Kitchin Awards. Her prestigious international accolades include First Prize at the Budapest Arts Festival; and the much coveted First Prize at the Béla Bartók International Piano Competition in Graz, Austria, where she also took the special prize for the best interpreter of Bartók’s music. As a versatile musician, Alexandra is a keen chamber music player, often performing with her group International Young Soloists (IYS), which she founded in 2015. She created IYS to provide a musicalplatformfor highly talented young musicians, supporting them at the starting point of their careers by organising chamber music, solo and orchestral projects across Europe.

Born in 1990, Jane Kim made her violin debut at just 12 years-of-age with the Hungarian Debrecen Philharmonic Orchestra. Following graduation from Seoul National University, armed with a Bachelor of Music degree, she moved to London in 2016 to study with Philippe Honoré at the Royal Academy of Music. While there, she won the First Prize in the Winifred Small competition, and Second Prize in the Mica Comberti competition.  Jane has performed as a chamber musician in some of the most prestigious venues across the globe, including London’s Wigmore Hall, and New York’s Merkin Hall. As an orchestra player, she has played with such world-renowned conductors as Yan Pascal Tortelier, Vladimir Ashkenazy, and Charles Dutoit. Jane recently led the London-based Southbank Sinfonia at the Anghiari Music Festival in Italy, as well as at London’s St. Martin-in-the-Fields, and St. John’s Church.

Cellist Réka Adorjáni has performed as both a soloist and chamber musician in Germany, England, the Czech Republic, Hungary and Romania.  From 2013 to 2015, she studied at the Béla Bartók Conservatory of Music in Budapest and currently she is undertaking her Masters studies with Ursula Smith at the Maastricht Academy of Music in Holland.

Saturday, 22 June at 7pm: Sponsored byNFU Mutual, the world-renowned multi-instrumentalist Ayoub Sisters (Sarah and Laura) are making a welcome return to the Farley Music Festival, following the triumph of their 2016 Festival concert. The genre-defying duo will perform an international selection of music, drawing upon their Egyptian heritage and Scottish influences, with a mix of classical and popular favourites. These will include works by Saint-Saëns, Monti, M S Basha, and the Ayoub Sisters themselves, as well as crossover pieces.

Sarah Ayoub trained in the cello and piano at the Royal Conservatoire of Scotland. Laura Ayoub trained in violin and piano at the Royal Academy of Music in London where, in 2014, Sarah moved after graduating. The sisters came first in the nationwide music competition ‘The Big Music Project’, winning the chance to perform at the Royal Albert Hall for Classic FM. Discovered by Mark Ronson and now signed to Decca Records, the Ayoub Sisters’ first album – recorded with the Royal Philharmonic Orchestra at the globally famous Abbey Road Studios in London – debuted at No.1 in the Official Classical Artist Albums Chart.

Tickets for each Farley Music Festival concert cost £15 per person, including a free glass of wine at the interval. Tickets can be purchased at the Salisbury Playhouse, telephone 01722 320333. (www.wiltshirecreative.co.uk); or on the door, subject to availability. Proceeds from ticket sales go to the upkeep of All Saints’ Church Farley. The Farley Music Festival 2019 finale Evensong is free of charge. For full programme information, visit www.farleymusic.co.uk

It’s an unmissable feast of classical music so book now to avoid disappointment!