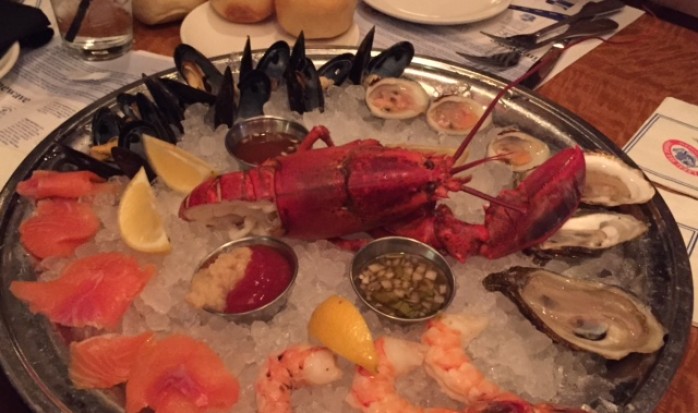 Ever since I started writing about the hospitality industry in 1977, the system of tipping in this country has been shrouded in controversy. Now in 2016, there is still no standard practice in the UK as to how tips and service charge are handled – a situation that urgently needs addressing, especially given the 2015 increase in the National Minimum Wage and the forthcoming introduction in April of the National Living Wage.

I would strongly recommend industry leaders to read the following article by Howard Field – HOSPA Founder Member, Honorary Fellow and HOSPA Finance Committee member – who has done an excellent job article in outlining the complexities and issues surrounding the subject, and offering a solution:

In 2009, the department of Business, Innovations and Skills (BIS) issued a guide called The National Minimum Wage: A Code of Best Practice on Service Charges, Tips, Gratuities and Cover Charges. In 2015, the BIS initiated a survey entitled Tips, gratuities, cover and service charges: call for evidence which coincided with media and union attention. The survey refers to areas covered by the earlier publication and seeks to identify current practices and gain opinions, but the scale and nature of the responses have yet to be disclosed. This is unfortunate because this is a subject that is not going to go away.

The fact is that there is no standard practice in the UK as to how tips and service charges are handled. The situation has become so complex that considerable confusion exists. Even the BIS seems to have been confused. It is difficult to understand, for example, how cover charges became to be included in this investigation. In general, a cover charge covers items such as bread or olives provided on the table by the restaurant; sometimes it might relate to the napkin or linen used; in a bar or night club, it could be the entry charge. But no cover charge made by a business is intended to be shared with the staff of the business or to form part of their wages, and it is totally misleading to confuse this with a tip or a service charge.

Why is this such a hot subject and how does it affect the hospitality industry?

In 2016, the hospitality industry faces the impacts of the increase in the National Minimum Wage that took effect in October 2015 and the forthcoming introduction of the National Living Wage in April 2016; for London businesses, there is also the consideration of the London Living Wage to which some employers have already signed up. These minimum rates will continue to increase, as will the related costs of Workplace Pension contributions, and holiday and other earnings-related benefits. From April 2017 a 0.5% Apprenticeship Levy is to apply to the largest employers (this levy is also the subject of a 2015 BIS consultation which, it is hoped, will provide further details of how it aims to benefit the businesses involved).   On top of these increased legislated costs will come the increase in wages of those higher up the scale – the so-called differential wage rises.

These increased costs make it particularly important to understand the special issues affecting the sector’s practices concerning tips and service charges and how they are seen by employees and the public, and by visitors to the UK.

Influencing what happens are complex taxation rules that add to the currently confused situation; they need to be understood to fully appreciate the challenges faced when attempting to develop improvements.

Tips, gratuities, service and cover charges – aren’t they all the same thing?

Cover charges can be discounted as a commercial charge that has no direct bearing on staff wages, tips or service charges.

A tip (or gratuity) arises when a customer wishes to reward the staff involved in providing a service over and above the charge stated on his bill. Paid by cash, or by addition to a cheque or adding an amount to the bill that is charged to a credit or debit card (or a room or credit account at the hotel or restaurant), this is an amount decided on by the customer and intended to go to the staff involved. Whether a tip is given is entirely at the volition of the customer.

A service charge is entirely different. It is made when the menu or tariff list states that a charge will be added to the total amount of the bill when it is presented to the customer; it is commonly 10 per cent of food and beverage bills but can be as high as 15 per cent. Service charge on a room account, mainly found in 5 star hotels, is rarely above five per cent. The amount charged is determined by the establishment and the revenue raised by it is legally owned by the business. It is under no legal obligation to pass all or any of it on to the staff, despite the perception in the customer’s mind that the service charge belongs and goes directly to the staff. The service charge is often called discretionary but few customers challenge the payment and most believe it is a useful and easy way to overcome the awkwardness of deciding how much to leave as a tip – one reason for its widespread use.

Despite the fact that tips and service charges are entirely separate issues, both the minimum wage legislation and the BIS department’s Best Practice Guide lump cover charges, tips and service charges together thus perpetuating the confusion over their nature and how they are perceived by the various parties affected by their existence. The law and UK taxation rules add to this muddle.

The legal and tax positions and their consequences

The basic legal principles that apply are:

Whether or not tips or service charge are received by the staff collectively or individually – and whether or not staff share in any collective arrangements – there is no standard procedure in the UK for distributing the revenues collected by the service charge. In some businesses tips are retained by the individual staff receiving them; in some they are shared only between service staff; in others kitchen, supervisors and management may also be included.

The systems for collecting and distributing these amounts have significant tax consequences affecting the customer, the staff and the business.

Generally accepted financial accounting practice (GAAP) in the UK does not focus specifically on these categories of receipts. In the hotel sector, there is a widely accepted international management accounting standard called the Uniform System of Accounts for the Lodging Industry (USALI). The most recent edition of this (published in 2014) provides for service charges to be treated as part of the revenue and any distribution to be treated as part of the labour cost of the operation. Implementation of this standard is not universal, however, and has implications related to definitions of revenue for the purposes of commercial contracts such as hotel management and franchise agreements.

Cash tips or gratuities received by the staff directly from customers are taxable as part of their incomes. If retained personally, each staff member is liable to declare the amount received for tax purposes. A formalised sharing system that is controlled by the employees and recognised by HM Revenue and Customs, known as a ‘tronc’, requires a designated person to operate a payroll which reports payments and applies PAYE income tax. No liability for employee (or employer) National Insurance or pension scheme costs applies to these forms of payment. The tronc arrangement is one specifically applied by HMRC to the hospitality industry and requires schemes to apply strict procedures that impact employment contracts and management practices.

Tips added by customers to their bill and any service charge amounts that are distributed and controlled by the business as part of the employer’s payroll will be liable both for PAYE income tax and employer and employee National Insurance and Workplace Pension contributions. However, if the distributions are made and controlled via a staff managed tronc scheme (as described above), they will not be liable to National Insurance or Workplace Pension costs. These represent considerable savings for both the staff and their employer (currently circa 13% and 15% respectively of the relevant payments).

The tax laws relating to liabilities for NI and pension contributions on tip and service charge amounts distributed to staff have greatly influenced many of the hospitality industry’s current practices. Those businesses where a tronc system has been set up often provide assistance in carrying out the payroll processing and reporting for the tronc. In this case, although the amounts paid to staff receiving them are visible to the business management, they will not be in control of the distribution as the amount given to each member of staff will be decided by the tronc master, not the management.

The 2009 BIS Best Practice Guide allowed businesses to make reasonable deductions for the costs incurred in the administration of the collection and distribution of service charge – typically ranging from 5% to 20%. The unions in particular are pressing for no deductions to be allowed and this appears to be a key issue to be addressed by the results of the BIS 2015 survey.

The separation of the handling of tronc payments adds challenges for the management to be able to establish appropriate pay structures and other related employment terms. There are also impacts on pay elements such as holiday and sick pay, incentive schemes and benefit programmes

How are these legal and tax consequences reflected in the minimum wage legislation?

UK wages legislation simply requires employers to prove that they are paying at least the statutory minimum wages out of the income of the business before accounting for any tips or service paid out.   This creates considerable pitfalls and pressures on an industry that is expected to comply with the same wage legalisation as every other sector, but is then restricted as to how it can use revenues that legally belong to the business to meet these liabilities.

What are the main issues that need to be addressed by those involved in these subjects?

How can these issues be resolved?

The interests of the public (pricing transparency, tipping conventions and international competitiveness), employees and employers (National Insurance, pension and pay related elements), HMRC (PAYE, NI and minimum wage legislation) and the Treasury (VAT and income tax receipts) must all be considered if any progress is to be made.

The BIS initiatives may be a good place to start, so that fundamental changes in the legislation and practices to produce standards for the UK hospitality industry that are practicable, fair and acceptable to all parties can be developed by cooperation with the relevant government departments, business, employee and consumer representative organisations.   The BIS survey questionnaire as published did not adequately cover the full range of issues. Further research will be essential if proper evidence based decisions are to be made.

One solution would be for the industry to abandon the imposition of a separate service charge entirely (as largely is the case in continental Europe). Already, several restaurant groups have publicly stated they are abolishing service charges – and adjusting wage rates up to and beyond the new statutory minimums. The present BIS survey does not give us the opportunity to consider this option. It would certainly need a determined government and industry-wide effort to introduce and implement it, but it would also be a final solution to the dilemma that has dogged the industry for well over a century.