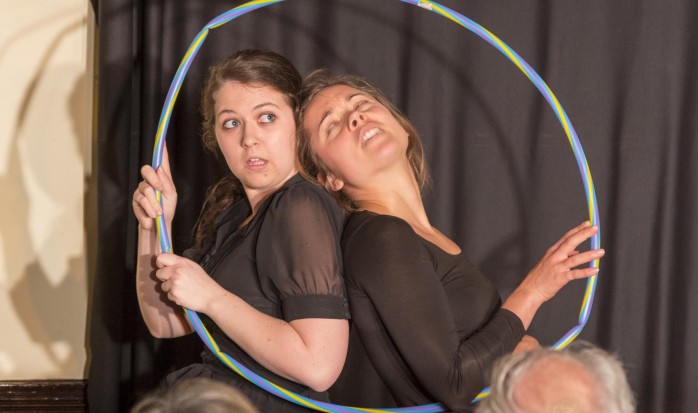 Fantastic theatre and live music at Salisbury Fringe 2015, to be opened by Biggins on 2 October at The Chapel Nightclub

An exciting programme of top quality theatre and live music has been unveiled for the newly expanded Salisbury Fringe Festival 2015 (2 to 11 October) – to be opened on 2 October by much loved, multi-talented actor Christopher Biggins.

The Fringe Theatre events – bite-size plays in pubs, galleries and cafes – are concentrated over the first weekend (2 to 4 October); and for the first time live music events will be held throughout the city from 2 to 11 October. This year’s festival will be supporting Salisbury over its Purple Flag weekend, and helping to promote the city’s proud status as a lively, safe and accommodating environment to have a good night out.

Patron of the Salisbury Fringe Festival, Christopher Biggins, will officially open the 10-day Festival on Friday, 2 October at 7.30 pm at the Fringe’s Launch Pad event at The Chapel Nightclub, Milford Street. The Launch Pad event will include a new sitcom called ‘Amateur Dramatics’, performed by professional actors and created and written by local writers Dan Page and Pete Talman; the much acclaimed ‘Shakespeare Rattle and Roll’ – a band that resets the Bard’s songs in the more familiar styles of the likes of Elvis, Bob Dylan, David Bowie and The Beatles; and Lump – a highly entertaining band that performs tales, in spoken word and songs, about people, places and events in the Salisbury area.

Another eagerly awaited Fringe 2015 show will take place on Saturday, 10.30am: 3 October at Cross Keys Shopping Centre, and involves Cranborne Youth Theatre in a production called ‘Burnt Toast’, directed by Tori Deffee and devised by local Salisbury Fringe stalwart Linda Morse, who has had major successes in London and the South West.

The Salisbury Fringe Festival is the best free entertainment in Salisbury and is all about showcasing new talent and original work by the city’s and surrounding regions’ writers, performers and musicians,” said Salisbury Fringe Chairman Julian Demetriadi. “In this respect, we are delighted that Juno – the new Salisbury-based female theatre company, formed to produce and promote women’s writing and to provide a vehicle for women to be proactive in all aspects of theatre production – will be staging short plays under the heading of ‘Body Talk’ at the Castle Street Social Club on Sunday, 4 October, at 5.30pm. In addition, at 4.30pm on the same afternoon, Veronica Dewan will be performing her one woman show ‘The Half Daughter’ at the Five Bells pub.”

Other highlights to watch out for are:

The Salisbury Museum, The Close – ‘Objects Come to Life’: monologues performed by professional actors and inspired by objects in the museum. 3–4pm

The Cosy Club, New Street – the Fringe’s traditional opening weekend finale: a night of bite-sized plays in an informal setting, performed by actors script-in-hand – from 7.30pm

Qudos, Castle Street – Salisbury Fringe Blues Jam: A jam session for all abilities based around the 12-bar format of blues, rock & roll – 7.30pm

Qudos, Castle Street – Open Mic – an open stage where performers new and experienced can play a short set in a relaxed and warm atmosphere – 7.30pm

The Music Box, Catherine Street – Open Mic – an open stage where performers new and experienced can play a short set in a relaxed and warm atmosphere – 7.30pm

The Music Box, Catherine Street – Salisbury Fringe Closing Party featuring Release The Monkey, Might Magic Animal, Not Like Moses, Slowtalk and many more – from 4pm